Goat farming has never been more lucrative than it is in Kirinyaga County right now.

A few kilometres off the Sagana Nyeri highway in Rukanga Sub-location, a model farmer is literary laughing all the way to the bank, thanks to his 50 pedigree goats.

David Ndirangu’s farm is well maintained and has very high health standards required by the authorities for anyone who is keen on exporting meat abroad.

The small farm’s compound is enclosed in a wooden structure for the safety and good health of the pedigree goats that are in high demand both locally and internationally.

According to Ndirangu, his farm is a temporary home for the healthy exotic goats waiting to be exported to Djibouti, in the Horn of Africa, where they fetch a good price.

“It is two years now since I started keeping the upgraded goats and now, I count myself lucky because my goats have been approved for export,” Ndirangu says proudly.

“My farm has been selected as one of the holding grounds for upgraded goats in Kirinyaga County.”

A farmhand, Samson Muchiri says that the move to rear upgraded goats is paying dividends and is a model for livestock farmers in the County and beyond.

“Mzee has allowed me to have my own goats on his farm and I can say my life has changed. I started with two goats then advanced to five goats. So far, I have sold three of them. A one-year-old goat sells between Sh10, 000 to Sh20,000 depending on whether it is sold locally or in the foreign market,” says Ndirangu.

The goats aged between eight to 24 months and comprising of the best milk breed has since been exported to the Horn of Africa nation.

The animals are sourced from farmers across the county who rear them purposely for milk production following a demand by the Djibouti government through the Dairy Goats’ Association of Kenya.

The County Director for Livestock Development, Veterinary and Fisheries, Dr. Richard Gichangi, says the 45 female goats recently exported were isolated for a period, immunised and tagged before the sale abroad.

He said sourcing takes up to four months from the farmers who have the animals. “The animals have to be placed under quarantine under the supervision of a qualified doctor,” the Director said.

The Veterinarian says the animals are then subjected to a series of vaccinations and other veterinary procedures (International Procedures which apply in the African Continent), to prevent diseases like blue tongue, Foot and Mouth among others.

The animals after twenty-one days (’21) after the last vaccination are issued with a Health Certificate to the exporter by the National Director of Veterinary Services who also issue an Export Movement Permit.

The animals have also to be accompanied by our doctor to their new environment. The process is long but farmers are willing to persevere due to the high returns. 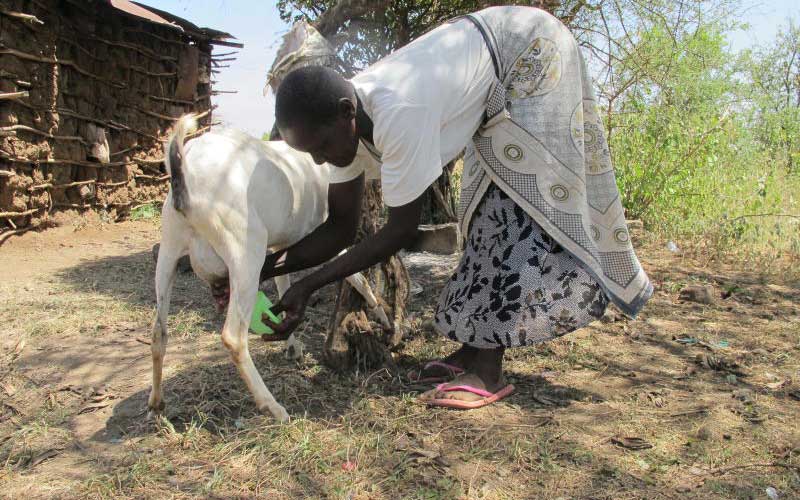