Benefits of rearing ornamental birds according to an expert

Farmers.co.ke spoke to Dr. Subiri Obwogo from Kienyeji Kenya on the importance of rearing ornamental birds as an alternative form of poultry.

Ornamental birds account for two percent of the poultry population in the country.

Most farmers keep them as a hobby such that on looking at the duck, goose, turkey or guinea fowls they only see their ornamental value but they, however, have a high potential of scaling up their meat and egg production.

Their meat for example that from guinea fowls is leaner than that of chicken and tastier.

There is a need for farmers to diversify from the normal chicken rearing to geese, ducks and guinea fowls.

In a case, chickens die from disease the farmer at least has the ducks and geese to rely on.

Farmers are encouraged to venture into ornamental birds farming whose valuable meat fetch better prices in the market.

Ornamental birds are also resistant to diseases than chicken thus easier to rear.

Their waste also makes good manure which is used on the farm to boost soil fertility.

However, a farmer who is willing to rear ornamental birds has to get a permit from the Kenya Wildlife Services with the license going for Sh1,500 and it is renewable every year.

They protect other domestic poultry and the home from strangers and predators by making high sounds in case of intrusion. 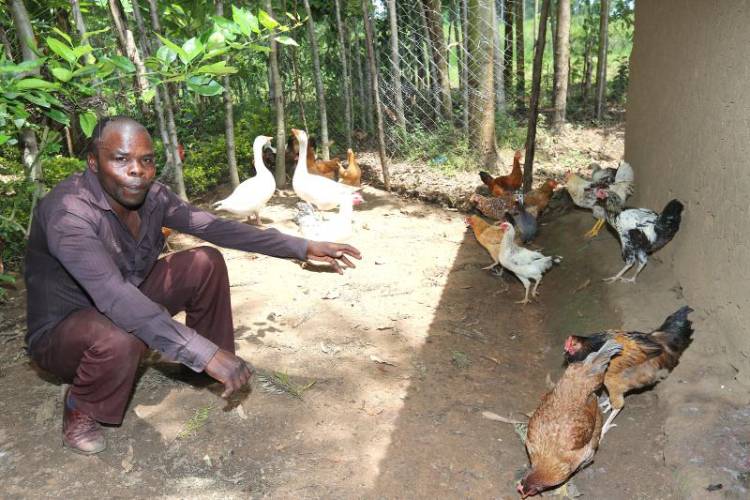