What started out as a passion for Wilson Owino, has turned out to be a thriving agribusiness venture.

“The farm is about four years old,’’ reveals Owino, who has ventured into pig farming in Ukwala Division in Siaya County.

The farmer established pig-rearing venture using a little capital of Sh4,000, on an eighth of an acre farm. He first bought four piglets, three gilts and a young boar.

“They are what we refer to as local breeds,’’ says the farmer, who bought each at Sh1,000, locally.

Currently, he has 39 pigs in two boars, nine castrated ones, three gilts, seven sows, and 18 piglets. The number of his pigs could have been higher, were it not for a disease that almost wiped out all of his sounder of pigs.

“I lost a number due to dysentery, which was later controlled,’’ the farmer reveals. He adds that pests do not cause a big problem to his animals since, “good pesticides are easily available.’’

However, the farmer reveals he has never experienced swine flu in his pigsty, which gives many farmers sleepless nights.

Though the farmer carries out various income-generating activities in a bid to make ends meet, he emphasises that his heart is mainly stuck on pig farming, because of the good returns he gets from the animals.

“I own several businesses, but I have a passion for pig keeping,’’ Owino says.

According to Owino, there are some challenges that he has come across in pig farming. The main one being to get a ready and consistent market where he can sell his animals and getting quality and cheap feeds to use in feeding his animals.

In a quest to curb diseases, which might pose a threat to his animals, the farmer seeks the services of local private veterinary officers.

Apart from rearing pigs, the farmer also carries out poultry farming and keeps indigenous cows. Besides, he has some rabbits on the farm.

According to the farmer, who sells his animals to the local clients, pigs do not fetch much in that region.

“They do not fetch much. I sell them to the local market here,’’ he reveals.

Owino currently has two employees on his farm, sells pigs alive and does not process pork or bacon. One of the management practices that the farmer practises in the farm, is to ensure that serving boars are kept away from sows.

He also makes sure that male piglets meant for sale are castrated, while young gilts, which are kept for meat, are kept away from boars and not served.

Owino makes his own feeds for the pigs, by mixing locally available feeds. He supplements it by offering them leftover food.

“I use maize germ, rice germ, wheat germ- which is pollard, sunflower cake, cottonseed cake, ‘omena’, and then I give them multivitamins,’’ he says, adding that he also gives them collard greens (sukumawiki), which he says helps them in digestion.

Owino will only consider selling his pig after 6 to 7 months says that the venture is lucrative and that he does not regret moving into this kind of agribusiness.

He advises those who would like to venture into pig farming is that they need to form a co-operative, in order for them to enjoy a strong bargaining power on sales.

The farmer is optimistic that in future he will venture into value addition on pig products, by becoming a processor of beacons and sausages. According to Gordon Oluoch, a veterinary officer in Nairobi, swine dysentery is a bacterial disease, that farmers ought to be vigilant about.

“It’s caused by bacteria that is known as Brachyspira hyodysenteriae. It causes diarrhoea and weight loss in pigs. The disease can be spread easily on the farm,’’ says the expert. 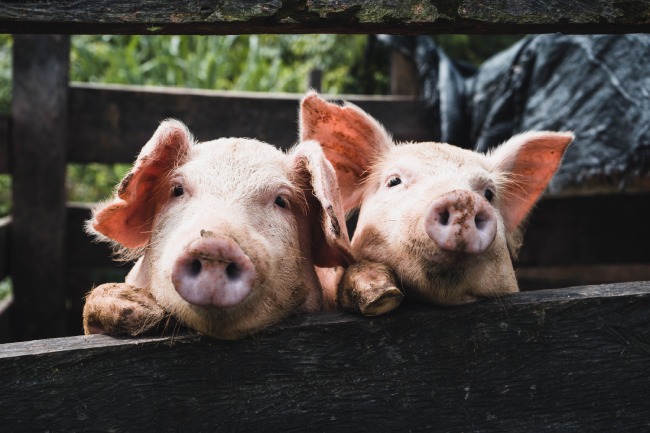 How to choose the best housing for your pig
Esther Gichuki - 08th Mar, 2020